So busy I have not had time to keep this blog updated.

After managing to get exams out of the way, and an amazing Pan Africa Conference over with, May 7, I headed off to Swaziland (no, not Switzerland).

I was here to work on an m-Health project with the Clinton Health Access Initiative and the Ministry of Health in Swaziland  aimed at improving appointment attendance (and ultimately retention) among pre-ART and ART patients through the deployment of  what we refer to in-house as the AP Reminder System.

But I have been doing more than mHealth in the small but beautiful country of Swaziland as you will discover from this CNN iReport . Its been a different clinic each day, a different mountain each weekend. I have gone hiking, rock climbing (including Sibebe Rock-the world’s largest exposed granite dome and second biggest rock after Uluru (Ayers Rock) in Australia), and on a safari trip. I even managed to experience an earthquake 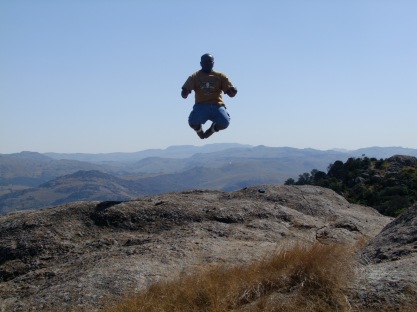 In June, I took some time off from Swaziland  to make a 2-day trip to London. I had been named as one of the  “10 Most Outstanding Black Students in the UK for 2012”  by a panel consisting of Rt. Hon. David Lammy MP, Trevor Phillips OBE, Chair of the Commission for Equality and Human Rights, and Jean Tomlin, HR Director for London 2012.

Organized annually by Rare Rising Stars, I was deeply humbled to be so chosen and attended the Awards Ceremony on June 7 at the House of Commons, Palace of Westminster, London.

From London, I was off to Texas, where my team, AfyaZima Africa had just been announced as the 2012 Winner of the $10,000 Best Innovation Leveraging Technology Award presented by Dell, Inc

This is what Dell had to say:

At Dell, we believe that innovation and entrepreneurship are not “born” but can be “bred” through the right community, support, tools and inspiration. And we’re especially delighted to announce the winner of the Dell Technology Award: AfyaZima Blood Pressure mCuff, a low-cost device that eases blood pressure measurement and transmission via a mobile in hopes of early hypertension diagnosis, especially in areas with low resources.

The trip to Austin was amazing as prior to the awards ceremony, I got to visit the Dell Headquarters, where I met one-on-one with Michael Dell, CEO and Founder of Dell and the rest of the amazing Dell Team. 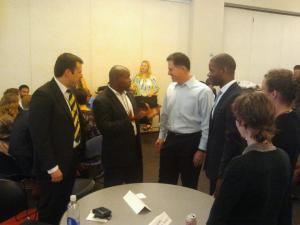 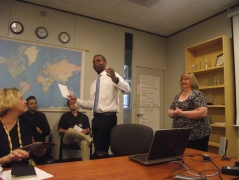 I was also impressed at how Dell uses Social Media, as evidenced by the amazing tools at the Social Media Center which I had the opportunity to visit. I even found one of my Dell-related tweets on the screen. 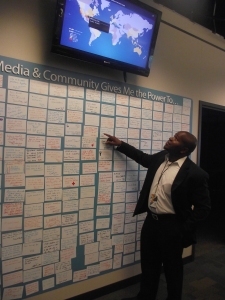 I also had the opportunity to share my  personal inspiration and thoughts about innovation in a changing world with Dell employees by speaking on a Dell Innovation panel moderated by the young but very impressive Nnamdi Orakwue (Harvard & Wharton alum), Dell’s Director of Strategy, who also doubles as Executive Assistant to Michael Dell. 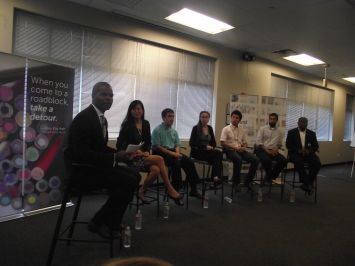 Then it was time for the award ceremony at the Austin  City Limits Theatre followed by a sumptous dinner afterwards.

With my time in the US up, I thus returned to the Kingdom of Swaziland but not before a short tour of Frankfurt! 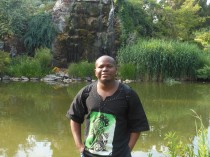 Until my next blogpost, I invite you to join me in dreaming bigger, scarier dreams, because if your dream does not scare you, it’s probably not big enough!

Remember that people who dream in their sleep are dreamers, but those who dare to dream while they are awake are the people that change the world.

Afropreneur & Partner, LoftyInc Ltd (Operators of the Wennovation Hub) Leading expert in deploying technology and innovation to drive public sector reforms and enabling good governance. Passionate about bringing about positive change in Africa through innovation and entrepreneurship!
View all posts by Idris Ayodeji Bello →
This entry was posted in Uncategorized. Bookmark the permalink.